Rainwater Harvesting for a better tomorrow. 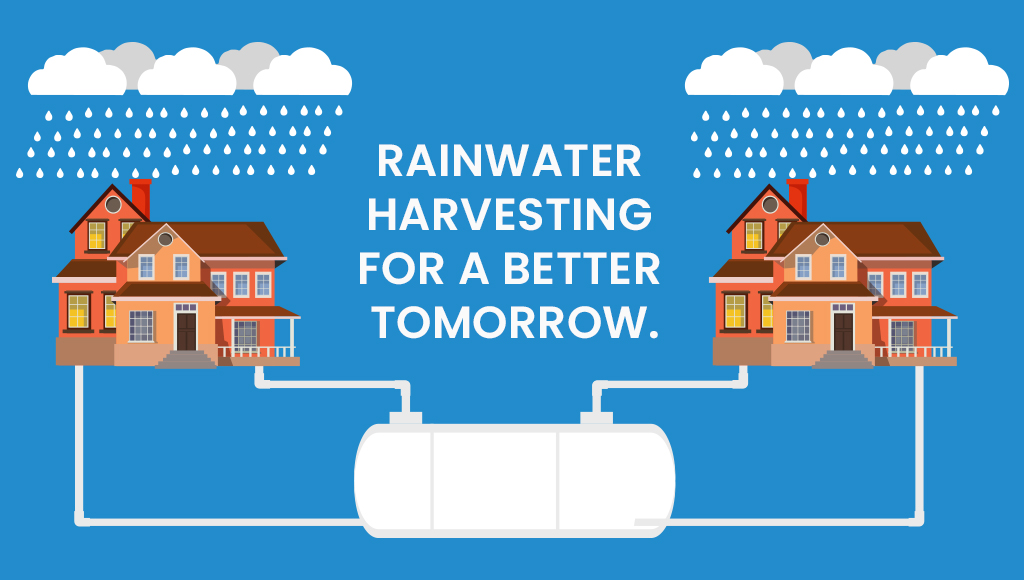 What if you woke up one day and find there was no water? This has probably happened to you already as water is a scarce resource and most urban cities in India are already facing this challenge. The biggest source of fresh water in India is rainwater and sadly there is little or no effort taken to harvest this resource for better future use.

Rajendra Singh, also known as the ‘water man of India’, in 2016 said that World War III will be fought for drinking water. With the current situation we are facing across urban India, this doesn’t seem impossible, does it? The Chennai water crisis is nothing but a short trailer of this impending disaster. Almost 150 water bodies in Chennai have drained up already, leaving people to struggle for water for their daily needs.

Even with an entire city gone dry, thousands of litres of water are still being wasted across India. We do not seem to be learning from our mistakes.

Monsoon has already arrived in most parts of India and we have wasted precious amount of rainwater that could have been the answer to the present water crisis in the country.

Rainwater harvesting is an easy and cost-effective method to save rainwater for not just the present but also for our future generations. It is nothing but the accumulation of rainwater for later reuse. Rainwater can be used not just for secondary purposes but also as a major source for drinking water as it is the best source of fresh water.

The most trending method of rainwater harvesting is this method developed by a resident of Chennai, Dayanand Krishnan, who was hit by the water crisis in his city. This system just needs less than five resources and a budget of Rs 250. The rainwater coming from the terrace is collected in a drum by removing the impurities with a cloth filter.

Rooftop rainwater harvesting as the name suggests is a method of collecting the rainwater in the place where it falls. The water is collected in the rooftop in an artificial storage system and can be used according to the need. Rooftop harvesting is very effective as it does not utilize any additional space. 1000 square feet of roof area can harvest 600 Gallons of rainwater from a 1-inch rainfall.

In urban cities, there is less space for rainwater to penetrate into the earth and it flows over the surface. An efficient and effective way to use this rainwater is to collect the surface runoff in a storage system. This can in another way reduce the flooding of due to rainwater on the surface in urban cities which is very common during the monsoons.

Rainwater is the only source for sustaining life in the near future which people have still not realised. The NITI Aayog in their latest report has stated that 21 cities including Hyderabad, Bangalore, Delhi, and Mumbai will be out of the water by 2020. Rainwater harvesting is not the need of the government. It is the need of you and me. What’s lost is lost. All that we can do now is to save what we have now. Start rainwater harvesting today before you regret tomorrow.